Two Guiness World Records at the 3x3 WT in Riyadh

History was made at the FIBA 3x3 World Tour Riyadh Masters at Diriya. In less than 10 minutes the longest dunk guinness world record was broken twice by Kerim Daghistani!

The old world record was set at 8,10 meters. Kerim first tried from 8,15 meters, setting a new guinness world record for the farthest forward flip trampoline slam dunk. The second time he wanted to extend his target so he tried it from 8,32 meters and... he achieved it! Two guinness world records were broken while dunking on the SAM 3x3 basketball backstop! Well done Kerim! 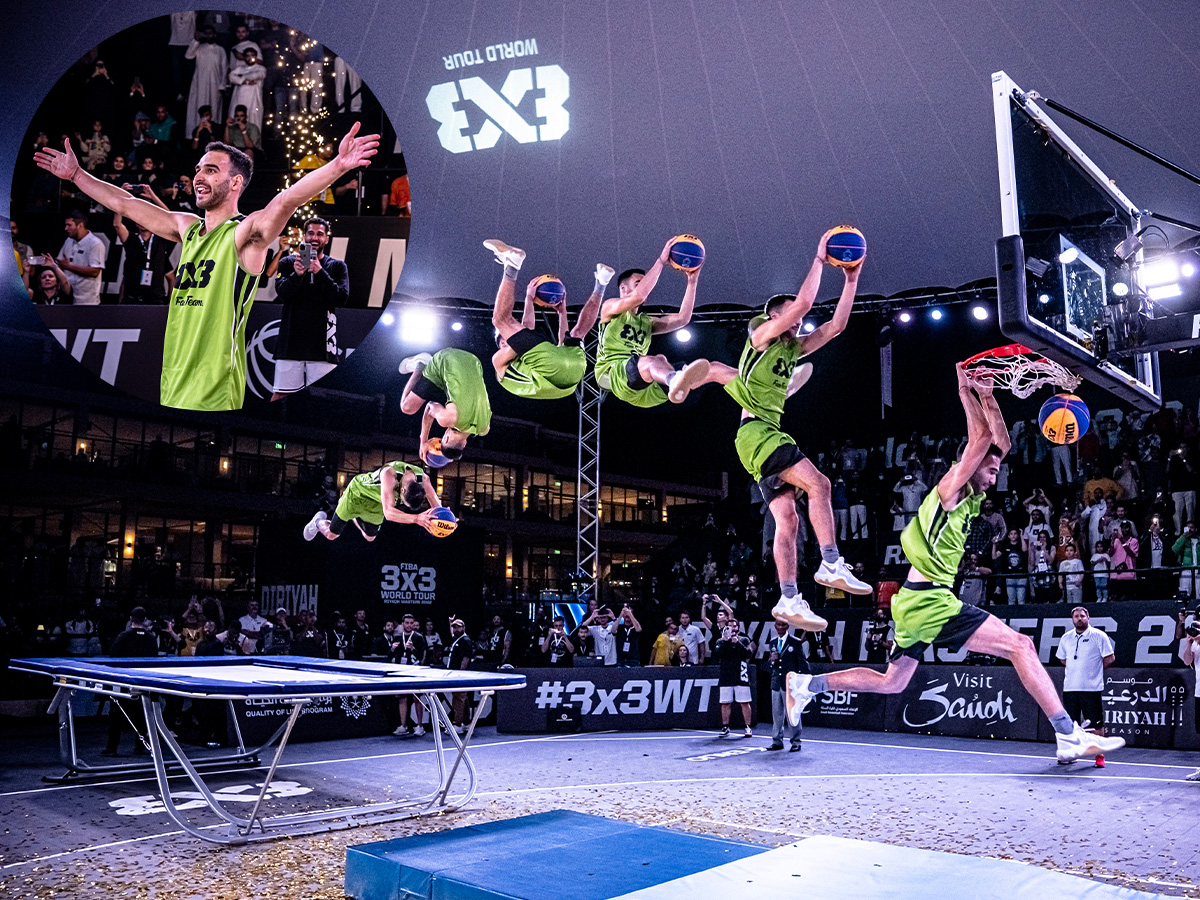 These dunks were made on the SAM 3x3

More about our flagship 3x3 backstop